The majority of Barcelona public holidays will be very recognisable to visitors from all over the world.

Festivals such as Christmas, Easter or Labour Day are celebrated in Barcelona just as in most other countries.

Some holidays, such as Reis or Carnaval, are more common to Latin or Spanish-speaking countries than Anglo-Saxon or English-speaking ones, and the large number of Saints’ days and Religous holidays show a clear Roman Catholic tradition.

The Dia de la Hispanitat and Dia de la Constitució are Public Holidays in Barcelona and the rest of Catalonia but are really Spanish rather than Catalan festivals, whilst Sant Jordi and La Diada are much more important to Catalans even though they aren’t public holidays.

Please note that the word for both holiday and festival in Catalan is festa – plural festes.

La Mercè is a public holiday only in Barcelona whereas in other towns a different saint is the excuse for the town festival and so the local holiday is on a different date.

New Year’s Day is a much needed public holiday after the festivities of the night before.

New Year’s Eve is generally spent among family and friends, and bars and restaurants often close at 10pm and open again at 1am, when everyone hits the streets again to celebrate the New Year.

If you get invited to someone’s home, you’ll be expected to menjar el raïm – eat the grapes – along with everyone else.

In 2013, the City Council is organising a major event to ring in the New Year at the foot of Montjuïc and it is expected that this will become a regular event.

Three Kings Procession in Barcelona
Save

On the evening of the January 5th, the Three Kings arrive at the Port of Barcelona and there are fantastic processions through the city centre and the barris with gegants, capgrossos and beautifully decorated floats.

For the following day, the Festa dels Reis itself, children leave shoes out on the balcony or backyard overnight, and wake up to find them full of presents.

Rei Carnestoltes in Barcelona
Save

Carnaval is the holiday that we know as Shrove Tuesday, but in Catholic countries it’s the last moment of debauchery before fasting and religious obedience during Lent.

As usual, there are processions through the streets and Carnaval features semi-clad ladies.

The most famous procession is held in Gay capital Sitges, where semi-clad transvestites parade along the Carrer del Pecat, which translates in English as the the Street of Sin and makes Pancake Day look a little tame.

Easter Procession in Barcelona
Save

Good Friday and Easter Monday are both Barcelona public holidays, but celebrations begin a week earlier on Palm Sunday, when children carry gigantic dried palm leaves through the street.

Good Friday is quite a solemn affair with tortured effigies of Christ being paraded through the streets.

On Easter Sunday, children receive a mona from their godparents, which is a large ornate model made of chocolate and candy.

La Diada de Sant Jordi – Saint George’s Day – is not a public holiday in Spain, although it is considered a Catalan National Day along with September 11.

It is the equivalent of Valentine’s Day, and women give a book to their man while men give a rose to their woman, so it is known as The Day of the Book and the Rose.

The legend of George and the Dragon is still told, but Sant Jordi is much more of a literary and romantic festival, and poetry and writing competitions known as Jocs Florals are held throughout Barcelona.

Labour Day is one of the Barcelona public holidays often accompanied by Trades Union processions and demonstrations. 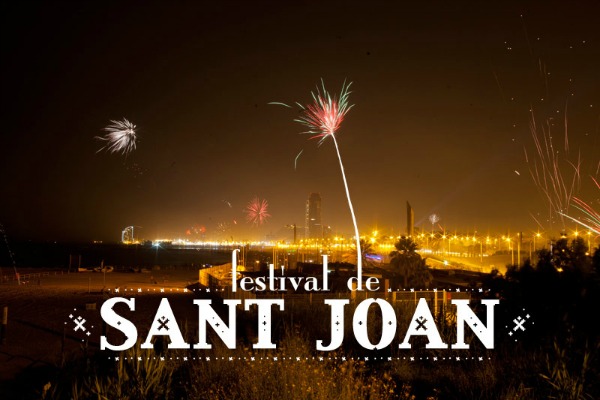 There are firework displays, bonfires and street parties all over the Principality. Be prepared to drink enormous quantities of cava and stay up all night!

The following day – June 24th – is actually El Dia de Sant Joan and is a public holida, which is convenient for sleeping off the hangover.

L’Assumpció is one of the religious Barcelona public holidays.

La Diada is Catalonia’s National Day but is not a public holiday. It commemorates the invasion of Barcelona by Felipe V’s Castilian troops following a long siege.

This was when Catalonia lost its laws and rights and the Catalan language was made illegal for the first time.

La Diada is celebrated by large pacific demonstrations and you will see La Senyera – the Catalan flag – hanging from balconies.

L’Onze de Setembre has been particularly interesting over the past few of years as the Catalan independence process has gathered momentum.

Our Lady of La Mercè is the patron saint of Barcelona so the 24th is a public holiday.

However, celebrations normally start on the Friday before and the whole week comprises Barcelona’s main city festival.

The processions around the city and the official events held in Plaça Sant Jaume are truly magnificent, but there are concerts, shows and parties going on all over the place, so you should really get hold of an events calendar and make the most of it.

The Day of Spanishness is a Spanish national public holiday, so it’s an excuse to have a day off work, and normally isn’t celebrated in any special way.

All Saints’ Day is when people visit deceased relatives at the cemeteries.

The traditional festival the evening before is La Castanyada, when people eat roast chestnuts and have house parties.

Halloween is becoming increasingly popular but many people feel it is a foreign festival promoted by the media.

The Day of the Constitution is a public holiday celebrating the drawing up of the Spanish Constitution following the death of dictator General Franco.

La Immaculada is another religious public holiday and very useful for getting the Christmas shopping done.

In reality, many people often take the day between the Dia de la Constitució off as well, so most year very little work gets done.

This is known as a Pont in Catalan and a Puente in Spanish.

Both words mean bridge in English and the idea is that the extra day forms a bridge between the two official holidays.

The idea is quite handy at this time of the year as it is perfect for getting Christmas shopping done and so marks an unofficial start to the holiday period.

The Nativity Scene in Plaça Sant Jaume with its Caganer – shitting man – is always worth seeing, and there are plenty of open-air Christmas markets, with the Fira de Santa Llucía outside Barcelona Cathedral being the best known.

The picture shows the giant Caga Tió, a log the shits out presents when you hit it with a stick, outside the Cathedral.