Expert Information on Barcelona and Catalonia

At present there are two books by Simon Harris currently on the market – Catalonia Is Not Spain: A Historical Perspective (2014) and Going Native in Catalonia (2008) – more coming in 2015!

I’m currently writing about developments in the political situation in Catalonia, which whatever your opinions, you must admit, is a fascinating subject. I hope to publish a biography of Catalan President Artur Mas which doubles as a chronicle of the Catalan independence process so far in April 2015.

After that hopefully, I’ll be back writing about more general historical and tourist-oriented subjects. I have a series of books on Roman, Medieval and Modernista Barcelona planned as well as a book on the history of my beloved FC Barcelona. All books will be published by my embryonic publishing company 4Cats Books.

Catalonia Is Not Spain: A Historical Perspective (2014) 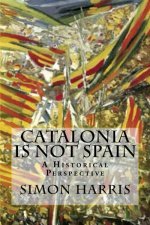 Catalonia Is Not Spain: A Historical Perspective by Simon Harris
Save

Catalonia Is Not Spain: A Historical Perspective is the book I always wanted to write. When I first began writing about Catalonia back in 2005, it was the country’s little-known historical past that really captured my imagination.

In fact, back in 2006, I managed to get a literary agent to take me on and wrote a whole book called Barcelona and the Lost Nation, which sadly got lost when I reformatted a hard-drive. Very frustrating but it meant that most of the ideas were already there. when I sat down to write Catalonia Is Not Spain.

Starting with the arrival of the Greeks, Catalonia Is Not Spain: A Historical Perspective covers nearly 3,000 years of history of the territory now known as Catalonia. After the introductory chapters, the narrative is divided into three basic sections.

Independent Catalonia during the Medieval Period: The period from the reign of Guifré el Pilós (878-897) to the reign of Martí the Humane (1396-1410) during which time the County of Barcelona gained independence from the Carolingian Empire and, after 1137, formed part of the confederation of states known as the Crown of Aragon. By the thirteenth century, Catalonia was the dominant state and from Barcelona began its expansion into the Mediterranean under Jaume I the Conqueror.

Attempted Assimilation by Castile: After the death without heir of the last Barcelona Count-Kings, Martí the Humane, in 1410, the Castilian Trastámara dynasty acceded to the throne of the Crown of Aragón. Although Catalonia retained its own laws, charters and institutions, the Castilian monarchs attempted to impose Castilian systems of government. This pressure increased after Madrid became capital of the Spanish Empire under Felipe II in 1561 and led to the Reapers’ War and the first Catalan declaration of independence in 1640.

Under Castilian Rule: After the fall of Barcelona in 1714, following the War of the Spanish Succession, all Catalan laws and institutions were abolished, the Catalan language was prohibited for the first time and Catalonia was under military occupation. The last three centuries have been marked by the Catalans trying to recover their freedoms with various independence declarations particularly in the 20th century. The rise of political Catalanism is the basis of current calls for independence for Catalonia. 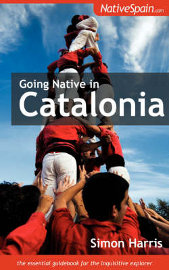 Going Native in Catalonia by Simon Harris
Save

Going Native in Catalonia was written a few months after my hard drive gobbled up Barcelona and the Lost Nation and was also blogged into existence on a website called Native Spain. They had plans to create written guides to different parts of Spain and invited me to blog about Catalonia.

My contributions consisted of short reviews of various Catalan towns and after about 6 months blogging, I’d more or less got the book written. Looking back on it, I find Going Native in Catalonia a little naïve but at the same time, many of the observations are quite refreshing and I’ve always got excellent feedback from readers, tourists, expats and local Catalans alike!

It’s actually quite hard to describe what kind of book it is. Most of the text is taken up short of humourous vignettes of 30 or so of my favourite towns in Catalonia but there are also short sections on history, culture, festivals, food and drink etc.

There’s also some advice for expats, a short section of English-Catalan key phrases and expressions and the book closes with the story of my arrival in Barcelona in 1988 and the process of integration.

In 2012, the rights were taken over by Summertime Publishing and Going Native in Catalonia was republished in its original form.