Some Considerations When Choosing a Neighbourhood 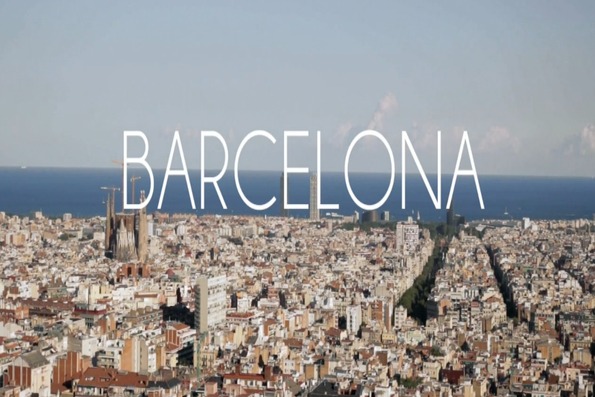 If you are interested in buying property in Barcelona, then the Catalan capital probably needs little introduction.

Famous for its architecture, food, culture and so much more, the Barcelona is a great place to visit and an even better place to live – I can vouch for that as I came here on holiday in 1988 and never got round to leaving.

With a relatively buoyant economy compared to the rest of Spain and property prices in Barcelona at an all time low.

For these and many other reasons, it’s not surprising that so many people are interested in buying property in Barcelona.

A Similar Idea Of Barcelona

Pont del Bisbe in the Barri Gòtic
Save

However, whether interested in an apartment as an investment, as a holiday home or as a permanent residence most potential buyers seem to get stuck with a similar idea of Barcelona and are dead set on a property either in the Barri Gòtic, the famous Gothic Quarter with its medieval buildings, or the Dreta de l’Eixample, where Gaudí and his contemporaries built their fantastic modernista creations at the turn of the 19th and 20th centuries.

Without wanting to knock either of these fantastic neighbourhoods, I’d suggest at least considering alternatives.

Of course there are upmarket exceptions, but the kind of properties you usually find in the Barri Gòtic tend to be on the small side and, however wonderful staying there for a week is you have to remember that this is the centre of tourist Barcelona.

This means that prices in most shops and bars are inflated.

Furthermore, despite living in Barcelona or being a frequent visitor, as a foreigner you are unlikely to ever become part of what little is left of the local community.

Of course, if you are happy to spend your time with other foreigners that’s fine but even so I suggest you extend your search to include the neighbourhoods of Sant Pere, Santa Caterina and La Ribera between Via Laietana and the Parc de la Ciutadella.

Casa Amatller and Casa Batlló on Passeig de Gràcia
Save

The Dreta de l’Eixample with all its lovely modernista buildings is the other area that captures the interest of first time Barcelona buyers and the truth is it really does live up to its reputation.

You’ll find apartments of all shapes and sizes in renovated turn of the 19th and 20th century buildings so living the Barcelona modernista dream is perfectly possible.

What’s more in the heart of the neighbourhood you’ll find the lovely Concepció church and market so there is still a strong sense of community and fitting in is much easier.

However, you must remember that running through the Dreta de l’Eixample are some Barcelona’s main roads and you get traffic along Gran Via, Aragó, Valencia and Mallorca for most of the day, so if your dream is to sit out on your balcony sipping wine and admiring modernista architecture be prepared to put up with the car fumes or look for somewhere with an interior patio.

I also think that, particularly if you have young children, living in the centre of a big city like Barcelona is not ideal.

Once again if you are prepared to be a little more flexible, it is perfectly possible to find somewhere that fits the bill architecturally at a significantly lower price.

For families, for example, I would recommend Fort Pienc, which is the Eixample neighbourhood on the other side of the Parc de la Ciutadella.

It was built at around the same time as the Dreta de l’Eixample and was centred around the Estació del Nord railway station but for some reason the bourgeois Barcelonans never took to it so .

When I arrived in Barcelona in 1988, it was quite rundown but has undergone something of a transformation in recent years with the building of a market and local community facilities.

There are some wonderful buildings along the lovely tree-lined streets of Fort Pienc and what’s more you are close to a number of parks as well as within walking distance of the Barcelona City Centre and Barceloneta Beach.

Another area worth considering is the brilliant Sant Antoni, another Eixample neighbourhood, which extends out towards Montjuïc on the other side of Plaça de Catalunyaand is one of my top property tips because the neighbourhood will really take off as soon as the renovation work on the wonderful Sant Antoni Market is completed.

Similarly, somewhere overlooking one of the lovely squares in the Bohemian Vila de Gràcia would be a great choice, especially if you want to combine a laid back villagey atmosphere with restaurants, bars and a lively local art scene.

I should also remind you that those with the real money look down on the Eixample from their luxury condos in Pedralbes, Sarrià or Sant Gervasi-Galvany and I haven’t even mentioned the one-time villages of Sants and Sant Andreu de Palomar or the modern dwellings along the renovated seafront in the Vila Olímpica.

The point is that Barcelona has a lot to offer and the key is to have a clear idea of what you need to live the life you want to live rather than getting stuck in a holidaymakers’ idea of Barcelona.

I will be adding more articles to this Barcelona Property Guide over coming months but you can also research different neighbourhoods yourself  yourself by visiting my Guide to the Barcelona Districts, which is relevant for both tourists and prospective property buyers.

Furthermore, if you feel you need some advice from a local like me, my aim is to help you make the best possible choice so don’t hesitate to get in touch using the Contact Form.