Who’s Who and What’s What 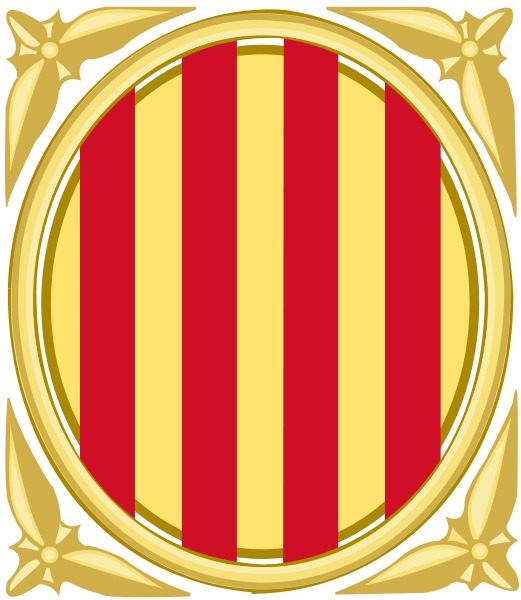 Seal of the Generalitat of Catalonia
Save

Catalonia is one of the 17 Autonomous Communities of Spain so although the region has a high degree of self-government, Catalan politics are very dependent on central Spanish government and laws.

The Catalan political system is based on the current Statute of Autonomy, which was drawn up in 2006 and amended in 2010.

The Estatut defines the powers of the Generalitat of Catalonia, including the Parliament of Catalonia and the financing and legal system amongst other things.

Whilst the centre right Convergència i Unió (CiU) and the social democrat PSC have dominated Catalan politics since the return of democracy, there are currently 7 political parties represented in the Catalan Parliament and may well as many as 9 parties with seats after the next elections in September 2015.


The Statute of Autonomy

Statute of Autonomy of Catalonia 2006
Save

The Statute of Autonomy is the basic law that defines the political system in Catalonia and is based on Article 8 of the 1978 Spanish Constitution.

It defines the rights and obligations of the Catalan people in political terms including the political institutions, their powers in relation to the Spanish State as well as the financing of the Generalitat of Catalonia.

The first Catalan Statute of Autonomy was drawn up in 1932. It was known as the Estatut de Núria and was abolished by Franco in 1939 at the end of the Spanish Civil War.

After Franco’s death in 1975, the Generalitat was restored in 1977 and in 1979, Catalonia’s second Statute of Autonomy was drafted.

The 1979 Statute remained in force until 2006 when a new Statute was drawn up and passed by around 75% of voters in a referendum.

However, the Estatut, as it was known, was severely amended by the Spanish Constitutional Court in 2010 and the restrictions imposed on Catalan autonomy have had a considerable effect on Catalan politics over the last few years giving rise to increased calls for independence from Spain.

Generalitat of Catalonia Logo
Save

The Parliament of Catalonia is the representative body of the people of Catalonia and comprises a single chamber 135 members or deputies, who are elected every four years.

It is the Generalitat’s most important institution and is the legislative body upon which other institutions depend.

The executive power is the President of the Generalitat of Catalonia, who is elected by Parliament and appointed by the King of Spain.

The President is highest representative of the Generalitat and the Spanish State in Catalonia and consequently, enacts the law in the name of the king.

At the same time, the President is the head of government in Catalonia and directs and coordinates the Exective Council, which is responsible for government as well as appointing ministers and presiding government meetings.

According to Article 95 of the Statute of Autonomy, the Tribunal Superior de Justícia is Catalonia’s supreme Judicial body and its powers include controlling the procedures of the various Catalan laws and applying the rights recognised in the Statute.

It currently has jurisdiction over civil, administrative and social laws and it is one of the bodies, whose powers were severely restricted in the amendments to the Estatut that came into force in 2010.

The Catalan judicial system is overseen by the Consell de Justícia or Council of Justice of Catalonia, which also has much less power than its Spanish equivalent.

Other Institutions of the Generalitat

The other institutions of the Generalitat are:

Map of Vegueries of Catalonia
Save

At a local level, towns are run by municipal councils but unlike the rest of Spain, since 2006, Catalonia is no longer divided into provinces but rather into the traditional vegueries and comarques.

The municipalities have a great deal of autonomy whilst the vegueries are intermunicipal bodies similar to English county councils and are used by the Generalitat to administer services.

Both the municipalities and vegueries are represented by the Council of Local Government within the Generalitat.

Comarques are slightly smaller local regions and are formed by municipalities grouping together to provide services.

The seven political parties with seats in Parliament are:

In the elections to the Catalan Parliament of November 2012, the 135 seats were distributed as follows

Despite not having an absolute majority, Artur Mas of CiU was invested President of the Generalitat for the second time running thanks to the votes of ERC.

Section of the V from La Diada 2014
Save

Catalanism is a movement that has pushed for recognition of the separate cultural and political identity of Catalonia since the late 19th century and considers the Catalan people to be a nation because of their language, history and historically separate legal system.

Until recently, many Catalanists were reasonably content within the Spanish system of Autonomous Communities and at most lobbied for increased legal and political powers.

However, the severe amendments made to the 2006 Statute of Autonomy by the Spanish Constitutional Court in 2010 has led to increased calls for independence for Catalonia.

This tendency has been the central element in Catalan politics for the last 4 years.