When I arrived in the city over 25 years ago, most of the hostels in Barcelona were located in the backstreets of Ciutat Vella and, despite having a certain charm, to be perfectly honest were rundown fleapits.

That was before the 1992 Olympics and Barcelona’s subsequent tourist boom, so now visitors to the city, even those travelling on the cheap, have become a lot more demanding.

Many pensions and hostels have been extensively modernised and now sport one or even two stars.

The fact is some of the classic Barcelona Hostels have simply reinvented themselves.

A good example of this would be Kabul Packpackers Hostel in Plaça Reial, which was pretty rough and ready in my day.

In recent years, though, Kabul Backpackers has become very popular with clubbers who take advantage of the great nightspots in Plaça Reial and around and just need somewhere to rest their tired bones. 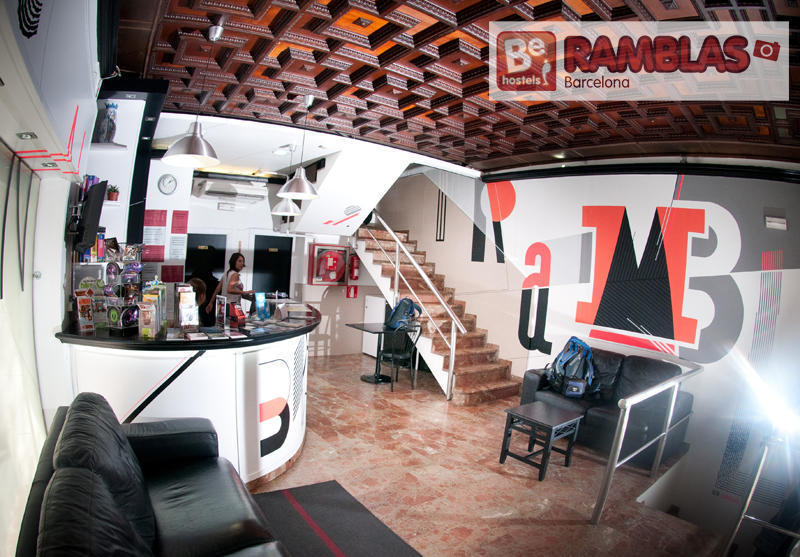 However, there are also many conventional hostels in Barcelona City Centre and, as they are aimed at young people travelling on a budget, I would recommend staying in El Raval or the seedier parts of the Barri Gòtic.

I’ve heard excellent reports of Equity Point Gothic in La Ribera (aka El Born) and Be Ramblas Hostel just off The Ramblas and their way of marketing their hostels in Barcelona takes a very interesting angle.

Obviously, budget-priced beds in a central location are both important to potential guests but the main marketing approach emphasises that staying in a hostel is a great way to socialise with other young people and share your holiday experience.

In fact, I read a blurb somewhere that said that the difference between a hotel and a hostel is the ‘s’ for sociability.

For this reason, many of the Barcelona hostels treat their bar area and communal space as a central part of their accommodation offer.

A Little Off the Beaten Track

Obviously, staying in the City Centre is a lot of fun but if you want to be close to the beach, there is also a great choice of hostels in La Barceloneta with Bedcelona Barceloneta Beach Club & Rooms and Amistat Beach Hostel being the ones I’ve heard most about.

Another interesting development is that both established chains such as the aforementioned Equity Point and Bedcelona and new international arrivals like Generator and St. Christopher’s are opening premises in areas that were previously the preserve of expensive hotels.

Combine this with the fact that many office buildings in areas of the Eixample have fallen empty because of the economic crisis and a new breed of hostel is opening up in uptown Barcelona.

What’s more hostel accommodation is becoming a city-wide phenomenon and, with 21 new hostels opening in 2012 alone, Barcelona hopes to reach 50,000 beds in the coming year.