The Catalan Capital from Different Perspectives

If you want to keep up with political events in Catalonia, check out the Site Updates on Barcelona Blog.

I am also uploading videos to YouTube, including a weekly update called Catalonia Calling!, which is recorded every Saturday.

Barcelona is much more than a single entity but rather the sum of 10 Districts made up of 73 neighbourhoods each with its own personality, history, customs and festivals as well as symbolic buildings, parks and gardens and cultural organisations.

Each district not only has its major icons, such as Park Güell, La Sagrada Familia, Museu Nacional d’Art de Catalunya, El Palau de la Música or El Monestir de Pedralbes, but also lesser-known buildings and spaces that are jewels waiting to be discovered.

The aim of this website is to reveal the many different Barcelonas in all their glory. 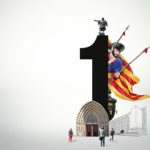 Ciutat Vella is the Old Town, where the ruins of Roman Barcino are juxtaposed with the Gothic city centre, and is also home to major monuments such as the Cathedral, La Rambla or Sant Maria del Mar.

But even here there are little-known secrets such as the Romanesque Monastery of Sant Pau del Camp in El Raval or Europe’s oldest synagogue in the medieval Jewish Quarter of El Call. 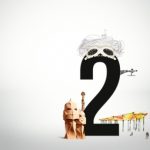 The Eixample was where the old town spread out to when the city walls came down in 1854 and with buildings such as La Pedrera or Hospital de Sant Pau is famous for the architectural style known as Catalan Modernism or simply Modernisme.

But you should also go off the beaten track into Fort Pienc, for example, or visit the Encants fleamarket near Plaça de les Glòries. 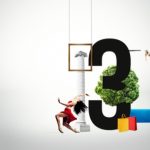 The historic mountain of Montjuïc, with its castle, museums and sports facilities, and the old industrial town of Santa Maria de Sants offer the twin focuses to the massive Sants-Montjuïc district.

But why not visit the old cemetery on Montjuïc, whose tombs form a ghost-like Eixample for Barcelona’s 19th century bourgeoisie, or pay a visit to the charming Poble Espanyol? 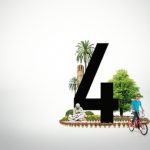 Despite the hustle and bustle of the commercial and banking centres on Diagonal and the roars from FC Barcelona’s Camp Nou, Les Corts is actually a mainly residential district.

If you go up the hill to swish Pedralbes with its mansions and walled gardens, you can visit the Gaudí gates at the magnificent Finca Güell or in summer take in some music at the Festival Jardins de Pedralbes. 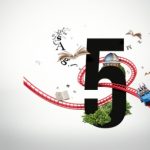 Sarrià-Sant Gervasi is also known as the Zona Alta and is where upper-class Barcelonans look down the the hill from their upmarket residences.

You can also go further up the hill to the town of Sarrià or the country village of Les Planes or right up to the top of Tibidabo mountain for spectacular views of Barcelona from the funfair or the Observatori Fabra. 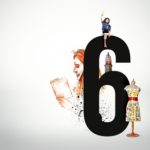 Bohemian Gràcia with its lazy squares and café-bar atmosphere is home to some of the city’s finest theatre, music and cinema and manages to accept outsiders whilst retaining a strong sense of its own identity and grace.

Walk up into the hills past Park Güell until you reach little-known Parc de la Creueta del Coll where, in summer, you can look down on Barcelona from the open-air swimming pool. 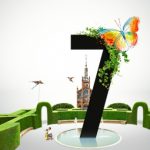 Also reaching up into the Collserola hills, Horta-Guinardó with its twin centres of the old village of Horta and the city centre neighbourhood of Guinardó also offers many contrasts.

I particularly like walking up to the old Civil War anti-aircraft guns on Turó de la Rovira and taking in the 19th century folly that is represented by the marvellous Laberint d’Horta. 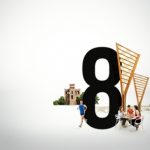 The vibrant multicultural Nou Barris has been home to migrants for decades but despite its honky tonk feel with great places to eat and drink particularly around Virrei Amat, the district has plenty of hidden gems .

The Mirador at Torre Baró is particularly interesting and I have always enjoyed going out to Vallbona to buy fruit and vegetables direct from the the small farms that are still irrigated by the old medieval Rec Comtal canal. 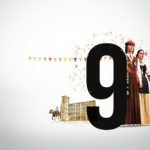 From Els Tres Tombs to L’Esclat, the one time town of Sant Andreu is marked by a fierce sense of tradition that goes back more than a thousand years.

An industrial centre in the 19th century, the old factories of El Pegaso, Can Fabra, Nau Ivanov and La Maquinista are now vibrant public spaces and the district looks forward to a new period of importance when the new international railway station opens at La Sagrera. 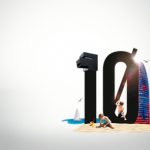 Another industrial district, Sant Martí was completely reformed for the 1992 Barcelona Olympics and now boasts a seafront with long golden beaches, an Olympic port and the Forum area for outdoor events.

Poblenou with its wonderful Rambla remains the focus for the local community as the old factories are turned over to the 22@ project, which aims to turn the district into Barcelona’s centre for technological innovation and education.

Thanks To The Ajuntament de Barcelona’s Barcelona Inspire Campaign for the Number Images for each Barcelona District.