The Best Car Hire Deals in Barcelona City and Province

Although the main pick-up point for Car Rentals in Barcelona is Barcelona El Prat Airport, it is very probable that you will want to drop off your vehicle close to where you are staying.

Given that there is such a wide choice of car hire companies in Barcelona City Centre, this should be no problem whatsoever.

You will also find pick-up and drop-off points in the different Districts of Barcelona as well as in most major towns in Barcelona Province.

This means that choosing car rentals in Barcelona in order to make trips out into the Catalan countryside is a great option.

You can pick up and drop off your hire car close to your hotel or rent a vehicle in Barcelona City Centre and then spend a few nights in the Catalan countryside or on the coast dropping off your rental car at your destination. 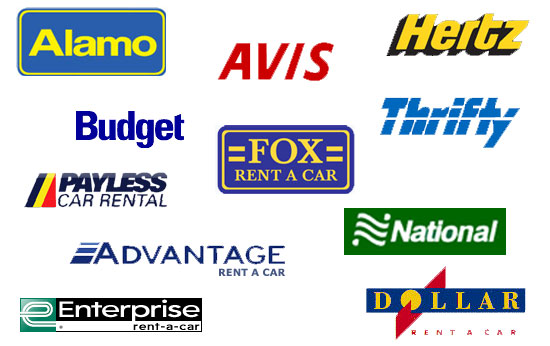 Car Rentals Offices at Barcelona Airport Terminal 2B
Save

If you are interested in car rentals at Barcelona Airport, you’ll find offices for most major car hire companies very close to Arrivals exit at both Terminal 1 and Terminal 2.

There is also a slightly more limited choice at Terminal 2C, which deals mainly with EasyJet flights, but as this is within easy walking distance of Terminal 2B, where you’ll find the rest of the car rental companies, this is more for convenience than necessity.

Whichever terminal you fly into you’ll find offices for Avis, Hertz, Europcar, National and Sixt all a very short walking distance from Arrivals.

All of these companies are ideal choices because they also have drop-off points in Barcelona City Centre as well as in most major towns in Barcelona Province and the rest of Catalonia.

Furthermore, being major players, they generally have deals with the smaller local car hire companies so even if you are staying well off the beaten track you’ll generally find drop-off and pick-up points relatively close.

Barcelona City Centre has a number of important railway stations, including Sants, Estació de França, Clot-Meridiana and La Sagrera as well others in outlying districts.

Barcelona’s main railway station is Sants Estació and at the time of writing, Sants is the only train station in Barcelona with car hire offices actually on the premises.

The two companies you will find within the station are Sixt and Hetz but there are also Avis and National offices within a five minute walk of Sants Estació.

All the other Barcelona railway stations have car hire offices relatively nearby and when the AVE High Speed Train station at La Sagrera is fully operational, it will almost certainly offer car rentals on site.

There are a number of Car Rentals pick-up and drop-off points relatively close to Barcelona City Centre.

All locations are within walking distance of the metro.

Please Click on the the Links above to visit the respective pages and see a map of the area.

You will find car rentals available in most of the larger towns in Barcelona Province.

The main towns covered by the Car Booking Engine are: